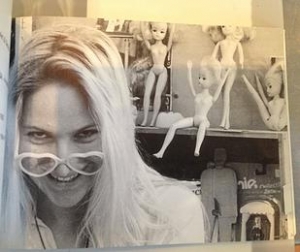 Libby Lloyd studied Fine Art Printmaking at Winchester School of Art, graduating in 1994.  She began her professional career in Printmaking at Bath Spa University (BSU) in 1995. In 2000, she started lecturing for BSU and embarked on a bursary-awarded PhD at the University of the West of England (UWE). Her PhD research enabled her to understand how an enthusiasm for colour, as a formal medium could generate conditions for making colour planes visible.   She has continued to lecture part time at BSU, and from 2004 began consulting with the internationally acclaimed architects Fielden Clegg Bradley Studios, directing innovative colour design schemes for new builds.

Libby has been working on a series of cut-out photomontages, appropriating iconic figures and interior-scenes  from historical European painting, Metaphors are added or taken away from the original iconographical settings and re-assembled to create new visions of satire and symbolism. These are passed through a filter of various contemporary influences including  popular music and culture.Some of the photomontages are translated into screen prints, from which scale and colour sequences  are added to create a further exageration to the historical and now contemporary setting.

Her work explores how we see and experience colour. The work augments Op, Pop, Science and Abstraction to form a visual aesthetic. The history of colour theory has influenced and inspired her work from the beginning. She is particularly interested in the relationship between painting practice and the concerns of colour by painters and physicists.  A large part of her work derives from the analog and digital image, revealing the science of how we see colour. Putting into context  the realm and role of print reproduction and representation. 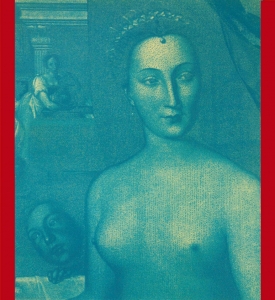 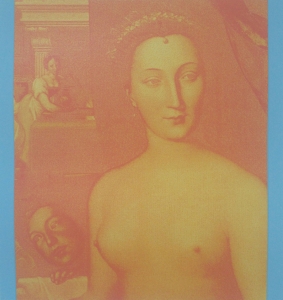 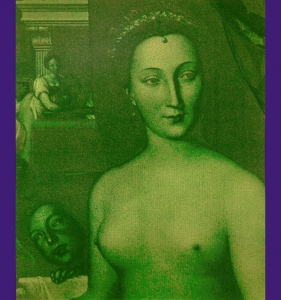